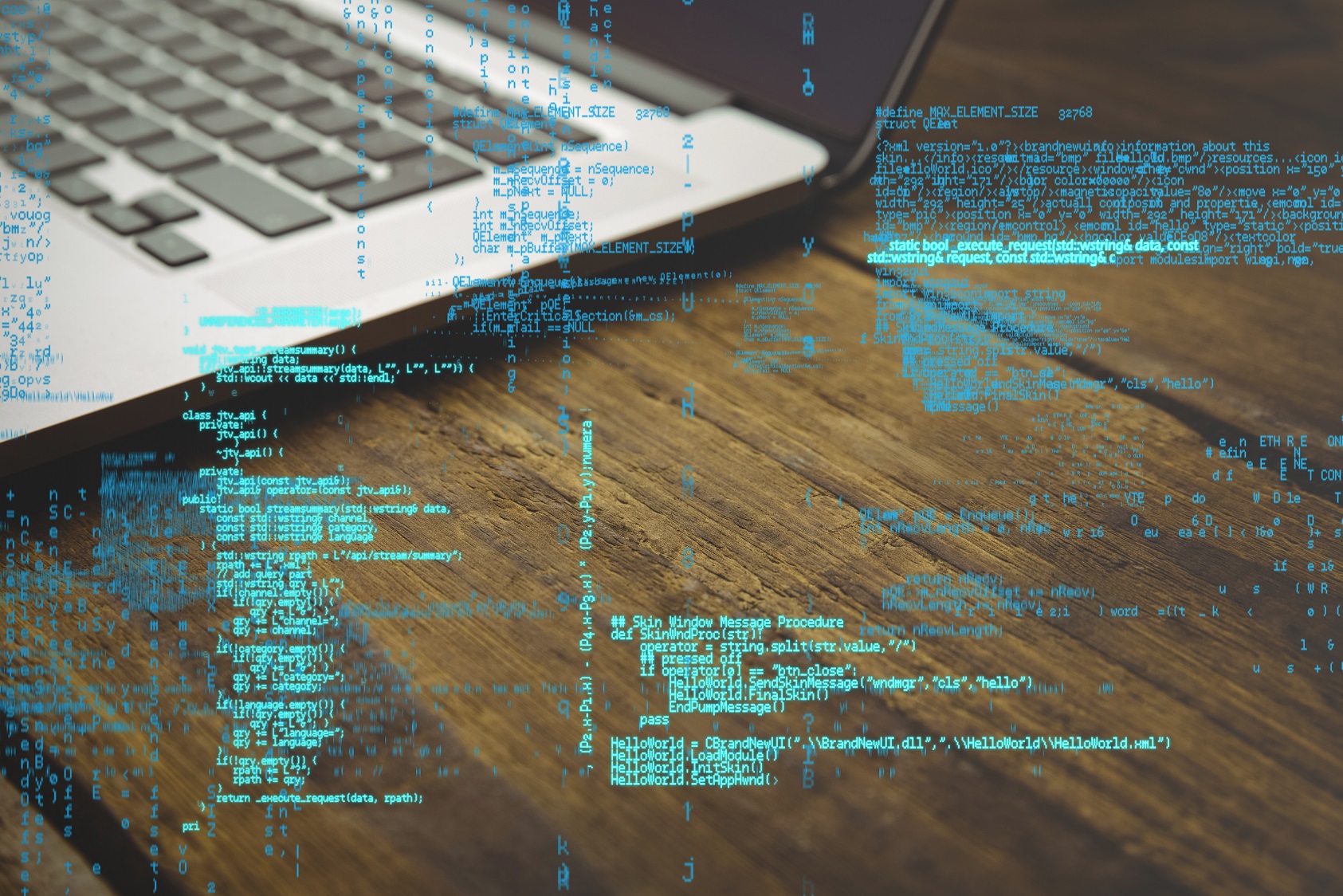 Ajit Gunewardene is the Founder/Chairman of Bluestone Capital Ltd. Bluestone is a Private Equity investment company investing in both

startups and mature businesses. Among its investments are PickMe and Fintrex Finance Ltd. He is an entrepreneur and has a wide experiance in corporate business. He writes on the need for regulation of foreign digital platforms operating in Sri Lanka and the importance of the digital industry.

The Government, before Christmas, gave a powerful signal as to the direction it would be taking regarding foreign digital platforms operating in Sri Lanka.

There is a plan to register foreign digital operators as these “digital multinational conglomerates are overwhelming and alienating our local businesses by data colonisation,” it said in a statement issued through the Director General of Government Information on 21 December.

The Media Minister in a subsequent interview noted that the monopoly enjoyed by these multinational giants hurts Sri Lankan businesses, as the playing field is not levelled. He added that payments made to foreign banks and companies also affected our foreign reserves.

While a digitised world is an inevitability, it is important to understand that Sri Lanka, or the world for that matter, are not the same as they were before COVID-19. Though globalisation and the dynamics of it were being examined for some readjustment in the pre-COVID days, it has now become a necessity for us to look at this 20-year-old formula to see if we’re in a proper level playing field for the digital arena.

Ironic though it is, digital commerce has a lot in common with the coronavirus. For one, it can interfere with our systems stealthily just like the virus and it can also spread virally, exponentially. If a country like ours is not prepared to manage a digital invasion by international players, it could not only destroy the digital commerce industry but it could ultimately encroach into our terrestrial businesses, putting our entire economic system in jeopardy, just like the mayhem the virus can cause if it goes undetected.

As more and more medium scale businesses look to digital solutions to push their trade, what they are challenged by is securing their share of the customer base, especially with international players prolific in the market being better placed to offer deals to said customers. While healthy competition is good for consumers, an unfair digital commerce arena which gives the advantage to foreign players, cannot be healthy. In the long run, it is unhealthy for the macroeconomic scenario of the country as well as having elements of interference with the sovereignty of a country.

With the current dollar crunch in Sri Lanka, not only do we have to worry about the flight of foreign currency out of the country, but the fact that international players from outside our shores who don’t fall under any regulation are free to operate like local businesses. The fact that our local players, from restaurant owners to taxi operators require to be locally registered and follow all tax laws, while their foreign counterparts go scot-free does not allow for fair competition. How then can local business thrive? What kind of environment are we creating for our local entrepreneurs?

No checks and balances

It is true that multinational social media companies like Facebook and Twitter have now become an everyday part of our lives. However, the danger of them operating with no checks and balances within our scope can have drastic implications on the social fabric of our country. It is becoming clear now that these companies are becoming too big and uncontrollable not just here in Sri Lanka but on a global scale.

Other countries are starting to realise the manner in which companies like Google, Facebook and Amazon are dominating search advertising, social media traffic and e-commerce markets. According to reports, these companies because of their “big tech” status, are edging out smaller, local companies, who offer similar, if not identical services, placing them at an unfair disadvantage.

Here in Sri Lanka, we need to look at the new digital economy, the same way we did the old one, when it comes to safeguards. That is why Media Minister Rambukwella’s statement is pertinent at this critical time — we need to take a closer look at data colonisation, and other aspects of the digital economy.

Facebook is currently under fire from several countries for severely misusing its users’ data. Australia’s Competition and Consumer Commission (ACCC) sued Facebook in December 2020 for using the Onavo Protect VPN app in 2016 and 2017 to spy on users for commercial purposes. “Through Onavo Protect, Facebook was collecting and using the very detailed and valuable personal activity data of thousands of Australian consumers for its own commercial purposes,” ACCC Chair Rod Sims said in a statement.

In addition to Australia the EU has also taken steps to introduce proposals against tech companies like Facebook, in the form of the proposed Digital Services Act and the Digital Markets Act. As European Commission Executive Vice President Margrethe Vestager puts it, the proposals are to make sure that users, customers and businesses, have access to a wide choice of safe products and services online, just like in the physical world. According to news reports these proposals have large fines, and the EU has warned that big tech companies such as Facebook and Uber may be fined up to 10% of their annual global revenue.

The loophole in digital business laws that provides multinational digital companies the leeway to escape paying local taxes is perhaps one of the biggest contributors to the lack of fair competition. Countries all around the world have recognised this inequality and are taking steps to change or implement their tax legislation in order to accommodate up to date digital taxation laws.

Countries such as France, Italy, UK, Malaysia and Spain have taken measures to implement or propose the Digital Services Tax (DST), in order to ensure that large digital companies – most commonly ridesharing apps pay adequate corporate taxes to host countries, from where they receive major revenue shares. The Organisation for Economic Co-operation and Development, (OECD) having recognised the necessity to reform international tax laws targeted at large-scale digital companies, has been working on proposals for new legislation but has not yet arrived at a suitable consensus.

Similarly, the Sri Lanka Ceramic Council President, Mahendra Jayasekera, called for equal terms against importers just last week. He asked the Government to up the Customs book value on imported ceramics to $ 100, in order to encourage existing manufacturers and empower new entrepreneurs. The Council which held a media briefing, observed that the current rate of $ 35 was unrealistically low, resulting in a flood of cheap ceramic imports that were undermining the local industry.

The Council President has remarked that the amendment would increase and empower local entrepreneurs as it would encourage more individuals to manufacture. He added that with the current Government policy to boost production, manufacturers are ready to invest close on Rs. 20 billion which will create approximately 20,000 new jobs.

While this showcases a call to protect local industries, the digital industry is even more vulnerable and requires safeguarding. In the past, industries like apparel manufacturing, mobile communications and even three wheel taxi operators made a significant impact on our GDP. While they continue to do so, it is now time to look at affiliated industries connected to digital platforms that are growing. We need to nurture them not by eliminating competition but by creating a level playing field, where they can operate side by side with their international counterparts.

Digital businesses can create a whole new economy with a huge potential to grow alternative employment for youth. Digital businesses are able to attract large amounts of capital to support their growth. Global talent in the form of a brain gain and money in the form of long term risk capital will certainly look at Sri Lanka seriously if we do this right.

The wakeup call is now for policymakers and lawmakers to become active and focus in this area. In this new year, we must not lose the opportunity to create the right environment to give our local entrepreneurs the boost they need which will propel Sri Lanka into the digital world. This will be the foundation for and fundamental to a sustainable competitive economy.