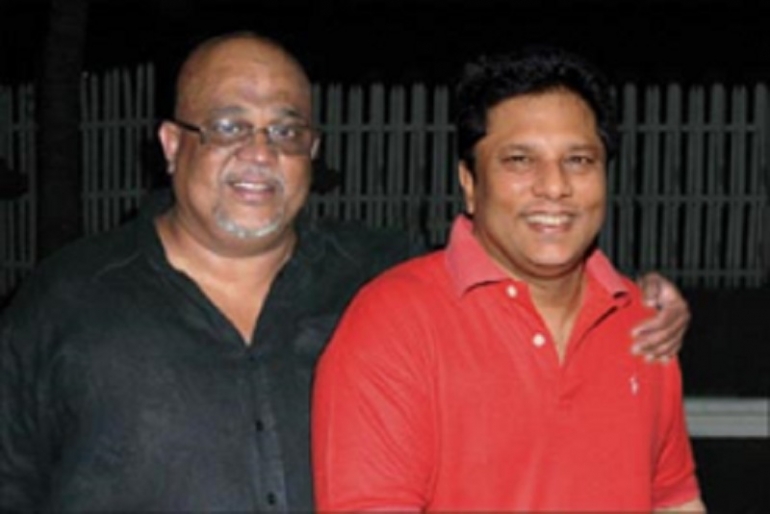 I worked for the Sunday Leader over 15 years ago as a Deputy Editor under its very famous Editor Lasantha Wickrematunge, who was a dear friend from my days back in the Dawasa group (1981), where I was a journalist for the SUN and WEEKEND newspapers. Lasantha and his wife(to be), worked under Sinha Ratnatunga who was the Editor of the WEEKEND newspaper. When Lasantha started the Sunday Leader with his wife Raine they invited me to join them and after some years I eventually did.

From the time I got to know LW till his life ended so abruptly he and I had a special closeness and even though months may go by without us being in contact just a phone call could rekindle our friendship and we would be there for each other in times of need. Although I have to mention that he more than me was the friend in need. The day he died was a very sad day for me but it was not entirely surprising as I had told him many times in the years before he passed away that he was leading a very dangerous life.

As journalists, Lasantha and I were worlds apart. We could never relate to each other’s type of journalism. Professionally we have worked under each other’seditorial administration so to speak- when he was the Editor of the Sunday Leader and I was his deputy; and when I was News Director of MTV/Sirasaand he was one of the morning show hosts who handled the political interviews. Much analysis has been done on Lasantha, his life as a journalist and the political positioning he took. Some have been critical of him,some have praised him and this I have seen happening both within the media and sometimes around a watering hole where people try to figure his agendas (if he had any), his writing style and what really made the man tick. When Frederica Jansz(the present Editor of the Sunday Leader) called me and asked me to write an article for this supplement, I agreed; but I said there was only one thing that I can write about when it came to the Sunday Leader and that is about Lasantha. So I thought I will do something that has not been done before and that is to theoretically analyze his stance in journalism. There are some who say that Lasantha was not a true journalist and they say that he by far and large was not fair, balanced and accurate in his reporting.

It is a given in the journalistic world that these three factors form the cornerstones of all good journalism (objectivity). Now I am well aware that I write this about Lasantha when he isn’t there to defend himself. But I have to say that out of the three I know for a fact, that Lasantha’s stories were almost always out on the ‘balance and fair’ factor. However where LW was always spot on was in the accuracy of his stories! For him facts were sacred. His attention to detail in the collection of facts and arranging them was nothing short of excellent.However, as far as being fair and balanced went, he did not believe that these two factors made any impact on “good”journalism. In fact when I was News Director of MTV/Sirasa he had pointed out many times that in my endeavor to balance a story I was actually killing it and sometimes (in his opinion) gave any villain a chance to put his side of the story and get an unfair advantage. A journalist’s idea of objectivity has many definitions, but it may be considered most simply a mechanism that allows journalists to divorce fact from opinion. Journalists view objectivity as refusing to allow individual bias to influence what they report. This is a journalism in which all facts and people are regarded as equal and equally worthy of coverage. This idea comes from the Enlightenment notion of truth and is essentially what 20th century scholars refer to as the scientific method. An enlightenment view of truth allows objectivity to be considered as an attainable idea. To which the story’s balance and fairness as much as accuracy is an important part of its make up!

Lasantha however, did not believe in this‘objectivity’ because he thought it was unattainable. To him the world at large was unfair and unbalanced, and there was no point in trying to tell a story from the other side. He challenged the objectivity theory openly. In his opinion it was best to follow the subjectivity path – to take the pragmatic approach. He did not believe that there existed this journalist who would be so perfect, who could follow the objectivity path, who could be detached and report impassively without being biased; and therefore Lasantha became somewhat of a maverick. He refused to follow the rules of the game and most often became an extension of his own story. He could not sit with his peers and agree on how to be a professional on the larger canvas. There was another factor that he played on very heavily in making his story pitch, and that was the entertainment factor. His stories never failed to excite whether they were the Nutshells or the Suranimala column… and he believed that if his stories were accurate and exciting (entertaining) he had met the requirement! In this he created a special brand of journalism.

I myself did not agree withhis method and style, but I know he had a large following especially among the elite of this country. He was loved for his daring debonair flair, which only he could carry off and this was the route of the Sunday Leader during his time.

He was one of a kind and he certainly brought to our profession a different perspective to the truth. His exposures and investigations have revealed many hidden situations, as much as they have shaken and hurt many people. He was gutty sometimes to the point of being foolhardy! He had a kind and understanding side to him which may have come as a surprise to many, because on another side he wasa dangerous man to cross.

That was Lasantha –An enigma and acontradiction! A man of many parts who will be remembered as one who made an indelible mark on the history of Sri Lankan journalism. For that, I am glad that our paths crossed, and that I had the privilege of calling him friend! Sleep well old chap, till we meet again!