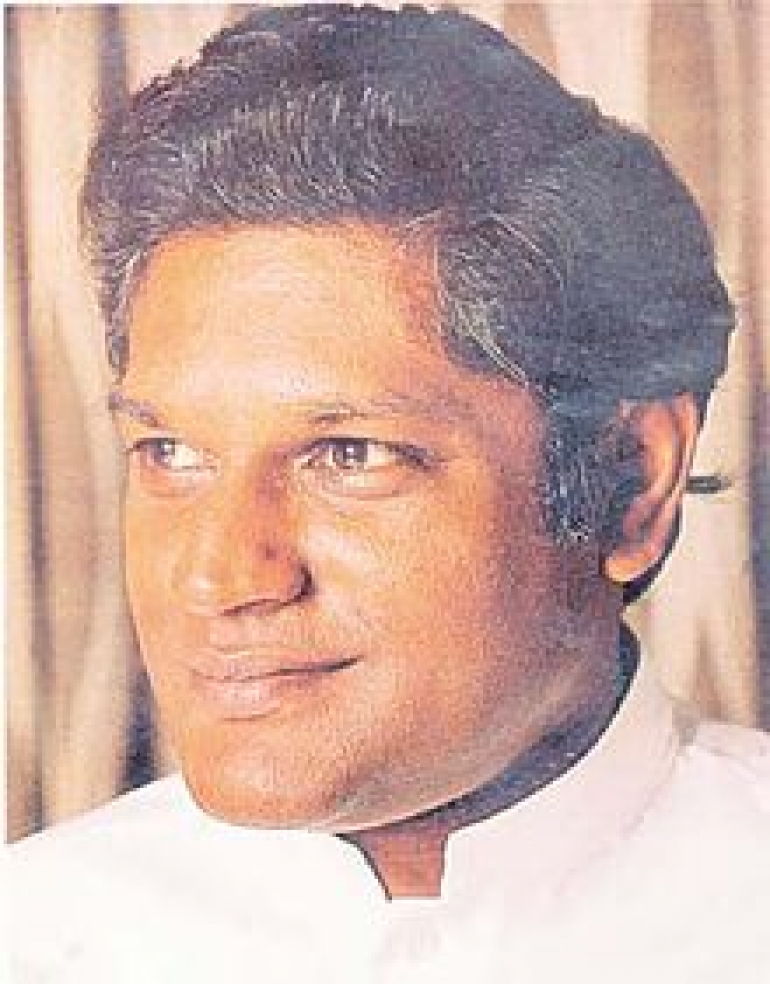 Way back in February 1983 when Upali Wijeywardena’s Lear jet went missing somewhere between Malaysia and Sri Lanka, I was a junior reporter for the Sun Newspaper.

I remember two other fellow journalists; Aruna Kulatunga, Chris Dharmakeerthi, and I were hot on the trail of stories connected to this incident. We were interviewing air traffic controllers, rescue pilots and anyone connected to the incident, in a quest to gain as much information as possible about the progress of the search operation, which we thought would bring us closer to what really happened. In the process we were reporting on all sorts of stuff giving different angles to this story whilst also becoming within just a few days, pseudo experts on air traffic terminology, piloting of aircraft and even what goes into the makings of a Lear jet.

I remember one day when all this was on going and the three of us knee deep, pontificating on these technical matters in the newsroom, our Editor in Chief Rex de Silva descended on us. He had, had enough of our theories…and told us he did not want any air line pilots, air traffic controllers or flight engineers in his newsroom “I want reporters” he said. This to say the least thoroughly deflated our young egos but brought us down to ground zero.

We were reminded that journalists needed to be objective and report a story with a clear head without any hang-ups. Objective journalism is something that was constantly drilled into us at the Sun newspaper. The three of us no longer work for main stream media, but what we learnt at that time will no doubt remain with us always.

Which brings me to the point of focussing on what this type of journalism actually means i.e. being objective. I would interpret it as a state of mind, an attitude, which almost sounds impossible to attain but yet has to be done which means a journalist has to be emotionally detached from the story he or she writes. This does not mean the journalist cannot take a stand because, one has to be taken in order to frame the story i.e. identify its parameters; but the journalist has to also know that the stand he takes is not biased. Yes, that is the purest form of journalism.

The question I have is how many of our young people who come into the profession are told this and taught how to practically operate in this sphere. Objective journalism is checking and rechecking a story until all the facts are in place and I believe that journalists today sometimes find themselves at the butt end of the stick because they have failed to take the ethical high ground – which might sometimes boil down to little things such as checking a story before it is published or broadcast.

I am in public relations and no longer a journalist — so why am I writing this now? Because I am from an allied industry and whatever happens in the mainstream media will certainly affect PR. I have seen many instances where people in the Corporate sector disregard what the media has to say because they find their reports to be inaccurate and thereby not only destroy the credibility of the media organisation they work for, but the profession itself.

I have been speaking to young journalists who have gone through journalist training but find that they do not have an understanding in the objective reporting area, which is fairness, factuality, and nonpartisanship. It is possible that they are given some do’s and don’ts but not a proper understanding of why they are not supposed to do this or that. I must say here that I am not alone in my view, there are many senior journalists, some of them ex-colleagues, who complain about the level of understanding amongst young reporters of today, and beyond that the lack of commitment they have towards perfecting a story.

This news is very disturbing, because what are we leaving for future journalists? Certainly the advent of television journalism has added to this malady with reporters expected to produce news at impossibly high speeds due to which the core content may suffer. Unfortunately, shareholders who have invested huge sums of money in the electronic media demand a high quantum of news, which could be converted to high viewership and thereby high returns for them.

But there has to be someone looking at the other end too… or as these young people come of age to take over from the old guard, there will be very little left in terms of standards, and we would be back to the days of yellow journalism.