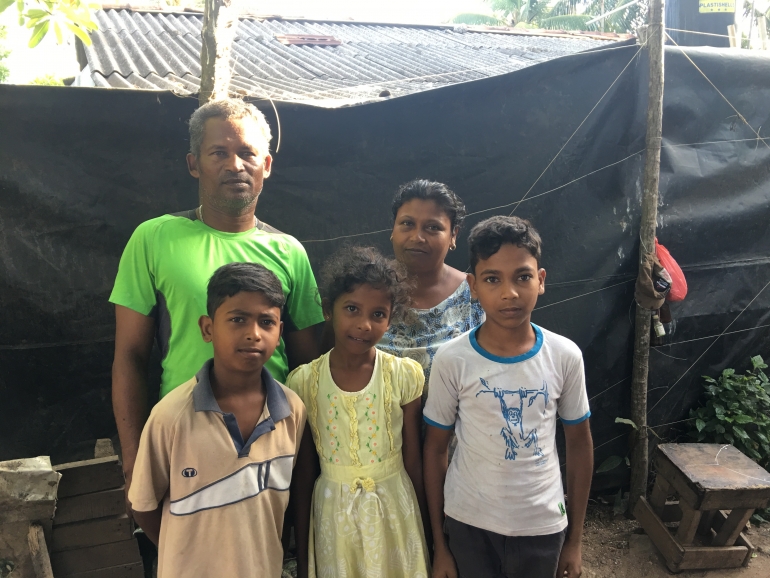 Ranil Sampath, a fisherman from Madapalama, Hendalais a married man with two children aged four year and nine months respectively. Knowing the difficulties of being a fisherman at sea he says he doesn’t want his children to take up this profession. Hisdesire is to educate them well and see that they do well in life.

Sugath Adushsooriya, also a fisherman from Madapalama, Hendala has five children and his eldest daughter is married and has left the house. His eldest son is at home, unemployed and occasionally drives his uncle's three-wheeler and earns a little money. His other three children are still attending school. Although his eldest son likes to go to sea with him but since he gets sea sick he doesn't like to go fishing. Sugath says he can train him to become a fisherman, but he doesn’t want him to become a fisherman as it is a very arduous type of job and takes a heavy toll on the body. He prefers that he does a land job.

Danith Shamintha, the second son of Sugath is a student and says that initially he was aspiring to be an engineer but now prefers to be a teacher.

Samanthi, Sugath’s wife says that she doesn’t like her children going out to sea and becoming fishermen. She seems happy that they say they want to become teachers.

Sanduru Madushan works at a Garment factory. He says a fisherman’s job alternates between six months work and six months without work. When there are strong winds and heavy rain , they are unable to go out to sea. His father was a fisherman but he decided that he will work in another Industry.