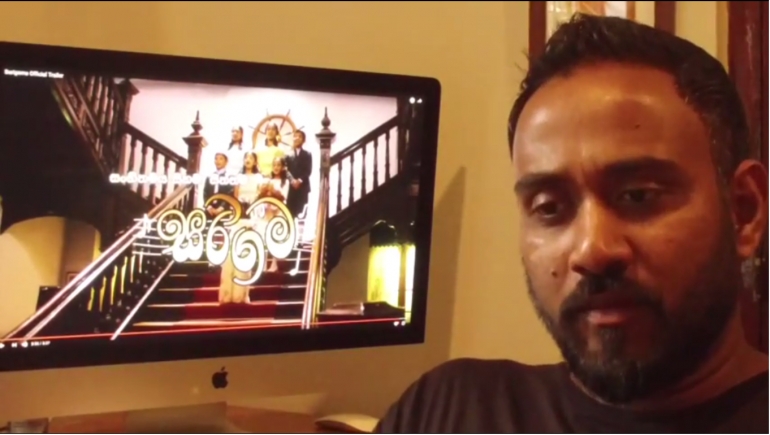 Ashan Dias (Alimankada, Siri Parakum), spoke to Community.lk about portraying the iconic role of Captain Von Trapp in his new film Sarigama, a Sinhala reprise of A Sound of Music (1965). (Scroll down to view video)

Ashan said, "There was an enormous amount of pressure going into the role because we have all seen The Sound of Musicin some form or the other, and Christopher Plummer is a legend, a giant in the industry and stepping into a role -- although its Sri Lankan -- stepping into his role of Captain Von Trapp was daunting and scary." When asked about the difference bewteen A Sound of Music and Sarigama, Ashan thinks the biggest difference is that it is in Sinhala and that it is adapted to a Sinhalese context, which he feels is also something that would make the fans of the original film curious about. Sarigama also stars, Malini Fonseka and Pooja Umashankar, and is in theatres now.