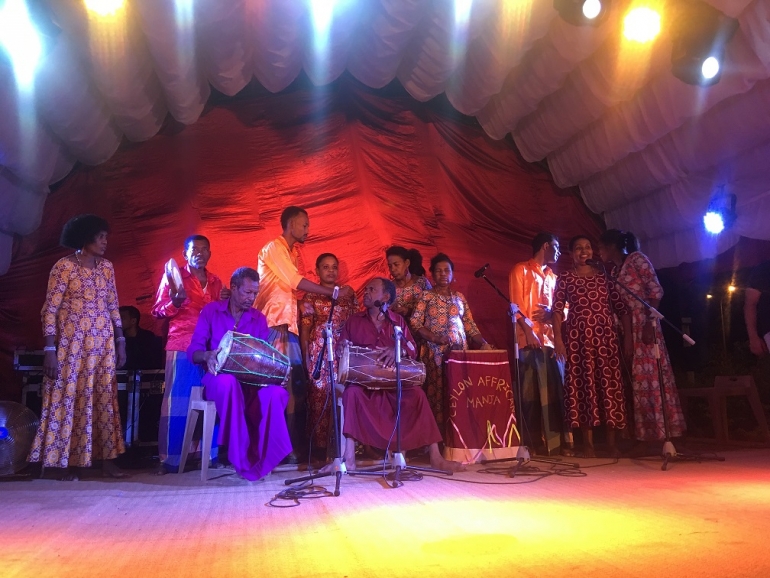 The Ceylon African Manja group from Puttlam, performed at the Wings festival on Saturday the 12th November 2016.

They sang songs in Creole and the Sri Lankan African Manja Language, and also performed a cultural dance. In the 16th Century, the Portuguese brought Bantu slaves to work as laborers and soldiers, to fight against the Sinhala Kings. Descendants of these slaves are the Ceylon African Manja group. Who are now a community mainly found in Puttlam, Trincomalee, Batticaloa and Negambo, territories formerly occupied by the Portuguese colonists. Dance styles such as the Kaffringna and Manga along with Baila are a part of their culture which has a direct link to their distant ancestors in the Africa Great Lakes.