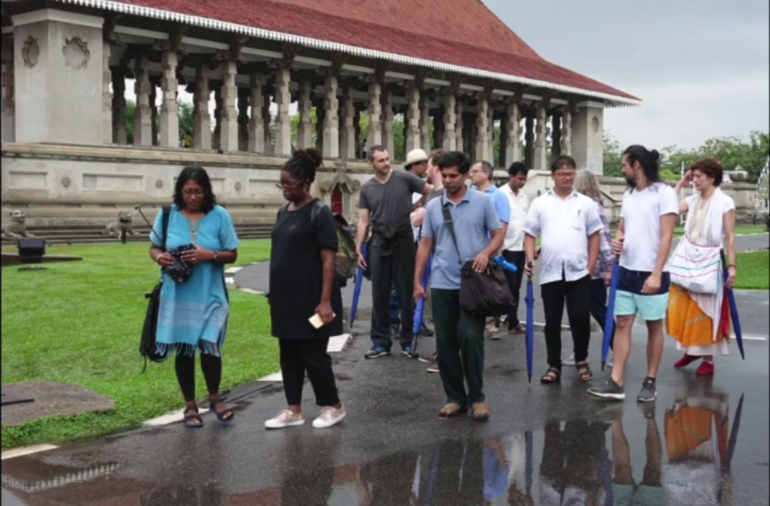 A walk, which went on to explain the histories of struggles and protests in the nation was held on Sunday the 6th of November. Commencing at the Independence Square the walk continued for one and half hours and took its participants up to Lipton’s Circus. This initiative is a part of the WINGS festival of arts, focuses on reconciliation through aesthetic activities.

This exercise in walking was organized by one of the leading NGOs named FLICT along with Care International which organized this festival. Dr. Malathi De Alwis a leading social and cultural anthropologist led the walk while describing the sites of many protest rallies that were covered during the stride.