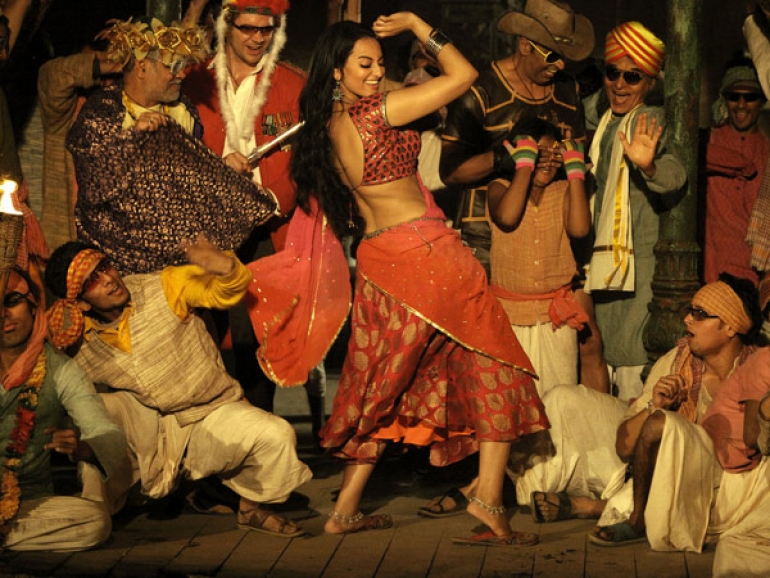 Anushka Sharma and Sunny Leone are probably two obscure names to the Daily FT reader. I must admit this was true for me too until very recently when I had the opportunity to view a programme on Star Movies called ‘Front Row,’ a talk show hosted by Indian national award winning author and film critic Anupama Chopra, who interviews both Hollywood and Bollywood movie stars on her show.

Anushka Sharma, one of the actresses interviewed, is one who recently came into fame when she acted opposite Sharukh Khan in a move titled ‘Rab Ne Bana Di Jodi’ (disclosure: I have not watched the movie); but for those who want to know what she looks like, she is the Indian Cable’s Reliance Ad girl. Not your typical Bollywood beauty but certainly attractive with that certain quotient of oomph that goes with character.

Anupama Chopra opened the interview with Sunny Leone, speaking on something to the effect of raising the bar in eroticism in Indian film. While this column is not meant to be policing the morality of such views, films or who acts in them, I believe that there is some necessity for social comment on what is happening in probably the biggest film industry in the world.

Hollywood will pale in comparison to what is being attempted here in Bollywood and we have to bear in mind that this industry has a great influence on viewers in a large part of the world and especially in South Asia. From a marketing perspective, one has to wonder where opinion leaders like the producers of Bollywood movies are taking our entertainment to. If a porn star like Sunny Leone is moving into the mainstream film industry, it’s certainly a huge change in the way the industry is moving. In one of my earlier columns based on an interview I had with AneelaHaque, a Bangladeshi dress designer, she implied that the South Asian culture which is very rich and diverse is being corrupted by the Bollywood culture.

The Mumbai fad was taking over countries like Nepal, Bangladesh and Pakistan. As an example she gives, “I have been to Pakistan many times when I was young and I have seen a lot of beautiful work like Sindhi designs. Their work is very different from the popular Indian and I don’t know why they don’t retain these things. Why do they have to copy Bollywood?”

She says when she visited Pakistan and Nepal for fashion shows which had many top designers, she was disappointed to see the influence Bollywood had on their designs. She describes Bollywood designs as flesh, flesh and more flesh. Aneela also says that it is Bollywood’s culture and doesn’t criticise them for what is unique to them. They certainly look beautiful in those designs she says. However, what she was critical about was the way in which Bollywood was being copied by South Asia.

Conversely, there was something refreshing about the interview Anupama had with Anushka Sharma, who was talking about her movies and as in all interviews with Indian stars who are single the subject of marriage was broached. I was surprised to hear that Anushka Sharma would rather not marry a Bollywood actor and some of the characteristics she wanted in her man was that he should not have face wash in the bathroom, not look into a mirror, would not go to a gym and did not think of dieting while having dinner. I could easily relate to this girl as I could easily fall into this model (smile).

Certainly the roles of women in India have come a long way, challenging the stereotyping of this gender! Today studying the urban women for patterns in Asia is almost like following a moving target. Their opinions are varied and behaviour patterns are wavy, but one thing is for sure – they are certainly challenging all set norms and Bollywood is playing a large part in it!