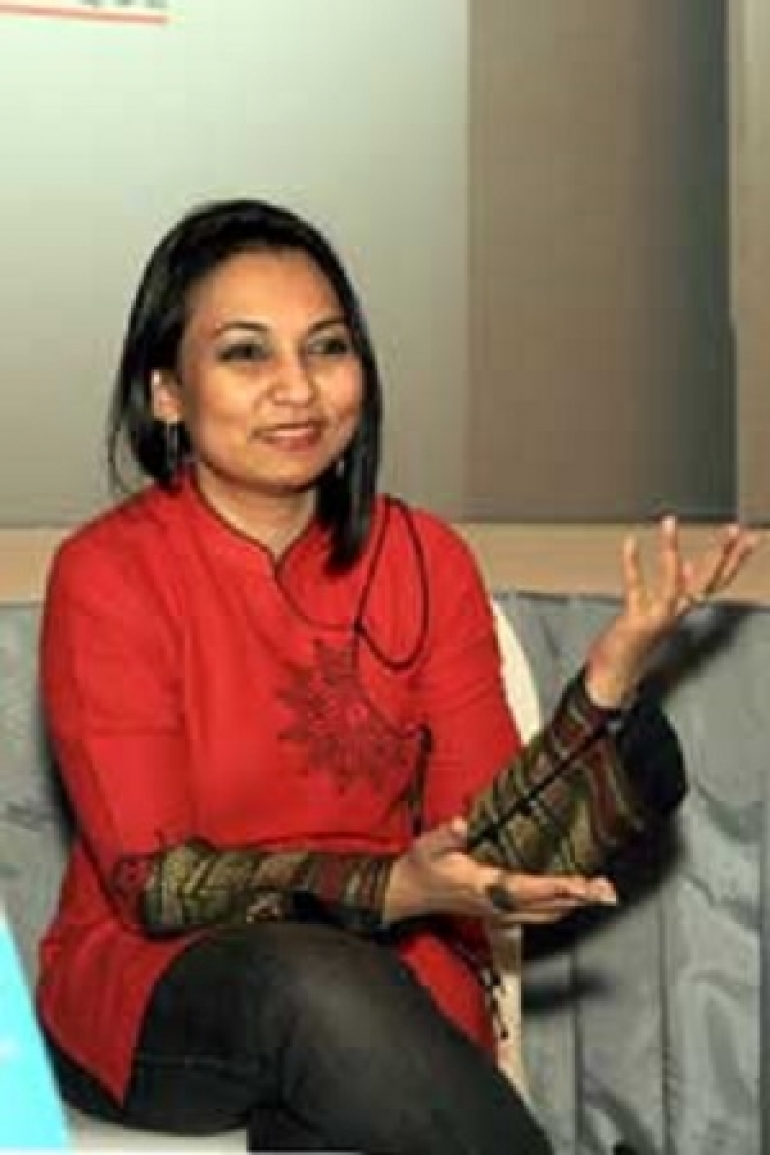 Last week I was at a fashion show. My first, meaning that I have seen models, on the ramp on FTV, but this was the first time in real life. For me watching a fashion show is as boring as watching formula 1 racing — apparently excellent design moving up and down the track or ramp but the monotony really gets me. Well the highlight, in racing is that inevitable crash and on FTV the designer who uses the least amount of material would get the highest applause (I am sorry if that sounds like a chauvinistic approach).

The purpose of my visit to his fashion show was not really to see what was on the ramp, but to meet the Bangladeshi business delegation visiting Sri Lanka. I had no idea who AneelaHaque was at that time and actually did not care. She was a part of a delegation visiting Sri Lanka looking for cross border opportunity. One thing crossed my mind though i.e. as to what would be the parameters of decency for a Bangladeshi fashion designer.

This brings me to the word fashion. One of its definitions says it “is the style and custom prevalent at a certain time”. Therefore we could go as far as to say a fashion designer is a trend setter. Today when South Asia is becoming a vibrant, booming market place where growth and growth potential is high, due to the fact that it is connected to consumption, fashion designers be they of apparel or anything else are an important part of the overall economy.

I was pleasantly surprised by AneelaHaque’s “DeshiColours” fashion show. As far as trend setting went, her designs were a refreshing change from their FTV counterpart. Mostly since all the models who displayed her designs were attractively covered. Unusual from the point of today’s trends but a good idea, not merely from the point of view of being modest but also because like it or not, we South Asians by far and large are known to have a higher body mass index (BMI).

Aneela told me that was essentially the secret of her design. “My cuts are slim, I make people look slim” and not only does she rely on one layer of clothing to do this, her trick is to use several layers. And despite her fashions bordering on being ultra conservative (by FTV standards) her clothes are chic and elegant. She calls them “Wearable Art” and says she has completely moved away from the western tradition of impractical looking clothes designed only for the ramp. “My clothes must be wearable (in real life) but look like an art piece on the ramp.”

The AneelaHaque clothes line is different to the humdrum run of the mill. In this day of mass produced apparel where everyone is bagged into one design bought from stores that are supplied with factory surplus’ that are catering to European design, this South Asian designer stands out like a beacon.

And as we look towards making markets by South Asians for South Asia, there are many challenges, not merely from the west, but also from within, that blocks out the creative diversity of our region. For example this deluge that Bollywood has created which is gnawing at the very roots of ethnic diversity, has to be looked seriously from a market perspective. I am not averse to the word cultural policing at this point, as it is connected to the livelihood of small vulnerable groups whose identity can be lost due to the mass market thrust of the Mumbai giant which does not even represent the overall culture of that nation.

Very nicely put! But beyond this she is concerned that the Mumbai fad was taking over countries like Nepal, Bangladesh and Pakistan. As an example she gives, “I have been to Pakistan many times when I was young and I have seen a lot of beautiful work like Sindhi designs. Their work is very different from the popular Indian and I don’t know why they don’t retain these things. Why do they have to copy Bollywood?”

She says when she visited Pakistan and Nepal recently for fashion shows which had many top designers she was disappointed to see the influence Bollywood had on their designs.

She describes Bollywood designs as flesh, flesh, flesh and says these cross the border sometimes. Aneela also says that it is Bollywood’s culture and doesn’t criticise them for what is unique to them. They certainly look beautiful in those designs she says.

However what she was critical about was the way in which Bollywood was being copied by South Asia. She said it was done in a “Cheap” way and that “It has been adopted not in a sophisticated manner.” In my view the lesson to be learnt from this is that South Asia does not need to be homogenous in their consumption patterns to be successful. The key message among the SAARC countries is to look inward for markets, and that’s what people like Aneela are doing. “When I design I look to my heritage and incorporate it to my design” she tells me “It is not that we do not need the west, fashion actually comes from the west their cuts, systems, hi-tech, graphics etc, we have to take this and add our heritage to it and then we have something unique.”

Big business need to support their national initiatives in arts and culture as this is the way we can have the perfect marriage between our enterprise and what is ethnically original to us. We don’t have to duplicate another success story, we need to create one of our own one.