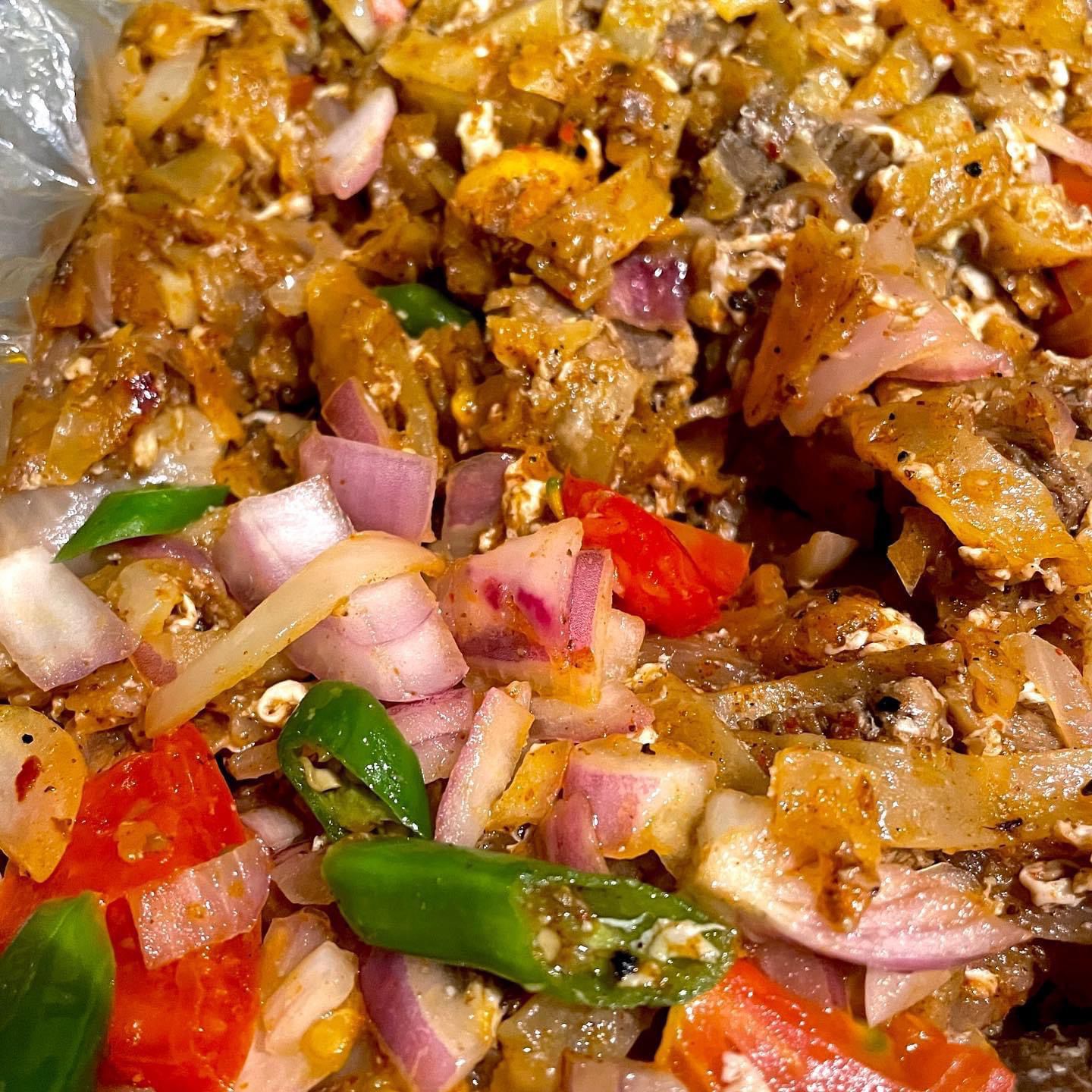 I have never given an opinion on food before, as a serious review (books I have done). However I write this because the Walawwa Kade’s Batti Kottu is worth some serious comments. Thoshan is making this version of kottu to be something close to the original we ate a million years ago, or to be more precise, approximately forty years ago.

As we thought in the early eighties, the best place in the world to consume this delicacy, was at Sirisanda, a somewhat seedy joint in Bambalapitiya, Colombo. It had a noisy action station going at the front of the shop, producing this very delicious dish (kottu-roti) which at the time, was new to everyone.  It was the only place in those days to get a worthwhile meal for a fair price, when returning from work at almost midnight on a Friday. The standard fare was a Kottu, a bottle of Coca Cola and a 1/8th of a bottle of some rather questionable distilled stuff (which tasted more like Dettol than anything else).  All for the princely sum of 25 rupees. But the satisfaction of drinking and eating this extremely delicious and juicy Kottu which sometimes had a quarter of a curried chicken peppered into it, was nothing more than pure joy at the end of a hard day.

But through the years, the Kottu has changed.  It  took on the characteristics of a fried rice, moving on from being the rather rustic dish as its name suggests and how it’s made. Kottu in Tamil means something close to stabbing or jabbing at something. Now, the Kottu has moved on to become a more mcdonalised affair.  Then there was the string hopper kottu, I believe for the less adventurous.  As far as I remember, the Lion’s House at the Bambalapitiya junction specialised in this version.  But as the Kottu evolved, it became less and less a jabby-stabby affair. Today, the roti is cut and ready-made to be thrown on the iron plate instead of it being torn to pieces with the mighty strokes of a metal cutter. But the ultimate wrong that was done to the kottu was when someone decided to add beans and carrots into it.

There was something very special about the Sirisanda kottu, and that was its gooey goodness, achieved by throwing the eggs in after the kottu was done. So when it arrived at the table it was half cooked and if you hung onto it a little longer it got done from the heat of the food on your plate.

Walawwa Kade’s Batti Kottu comes close to the Sirisanda kottu and not because of the gooey eggs but because it has a very moist texture, which is unlike most kottus one would get in wayside food stalls. It also has that primary texture of half cooked onions, tomatoes and green chillies. No other vegetables! The chilli and pepper curry undertone holds well with those memories that we have, of eating on the pavement of Bambalapitiya, just opposite Vajira road. Like in the old days, it’s best eaten with some ‘cheer’ as consuming this delicious dish is a very community thing. I also figured out that it tastes even better after a day in the fridge and a swirl in the microwave.

This retro-dish is a good addition to Colombo’s cuisine. It brings back good memories of days gone by and helps chase away at least some of the doldrums of present day misery.  A reminder of good cheer and happier times.